In the Greek cuisine the list of pies is endless. Any kind of ingredient can become a pie, plus every region in the country has its own way of making pies. We are a nation that adores pies! No doubt about that! 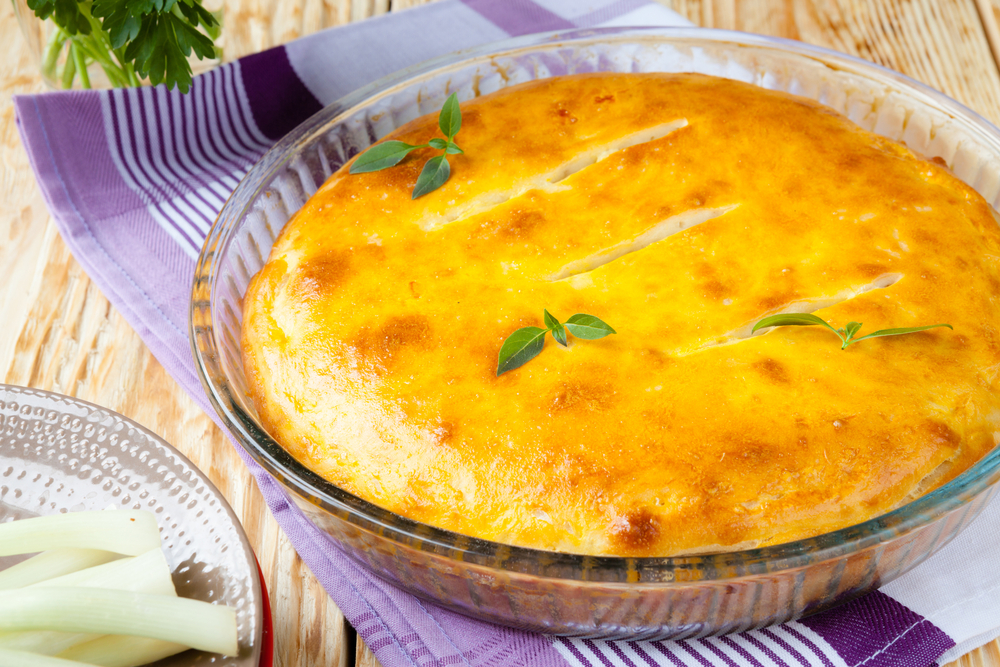 Today we’re blogging the recipe of a delicious pie whose main ingredient is a large, white onion!

Mix all ingredients together and knead until a soft dough that doesn’t stick is formed. Wrap with cling film and leave aside.

Preheta the oven at 180 degrees

In the meantime prepare the filling. Place the chopped onion in a bowl filled with water, for 5 minutes. Drain and squeeze the onion with the hands.

Place the cheese in a large bowl, add onion, dill, eggs, salt and pepper and mix.

Cut the dough into two equal pieces and roll out two discs the size of a round oven pan.

Brush with olive oil the inside of the pan and place one of the two discs. Place above the filling and with the help of the spoon spread it evenly. Place the second disc of dough over the top. Fold the top layer of dough under the edge of the bottom layer and press the edges together to form a seal. Pierce the top of the dough in several places to allow steam to escape while baking.
Brush the surface of the pie with some olive oil.

Bake the pie for about 45-50 minutes or until surface obtains a golden brown color.