Today is our National Day of Independence. We celebrate the revolution against the Ottoman Empire, under which our country was occupied for almost 400 years. The revolution of 1821 led to the establishment of the new, independent country of Greece. 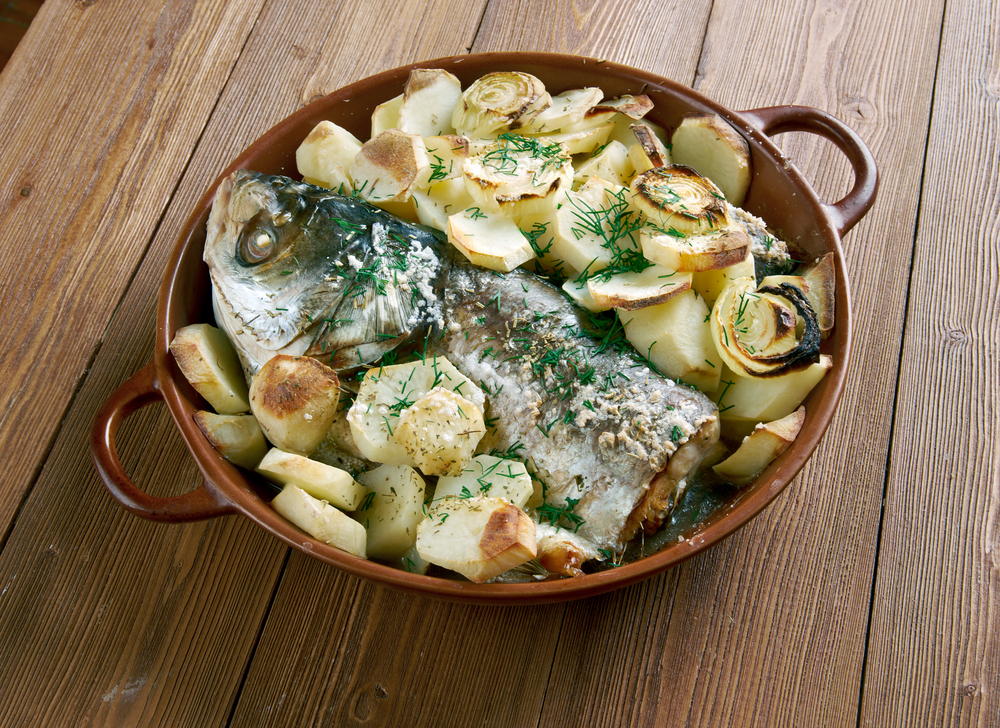 Coincidently –or maybe not that much of a coincidence!- the Greek Orthodox Church celebrates  the  Annunciation. It is the only day of the pre-Easter lent period, when fish can be consumed. A typical dish of the day is fried cod, but baked fish known as “psari plakí” is also popular.

1 large fish (round 1 kilo) sea bass, red snapper or wild cod can do

Season the potatoes with salt, pepper and oregano. Place in a baking dish, add the onions and garlic cloves and mix the ingredients. Add tomatoes and parsley mix once again, add 2/3 of olive oil and place in a preheated oven for ½ hour.

In the meantime season the fish with salt and pepper. If it is longer than the length of the baking dish cut it into two pieces.

After ½ hour remove the dish from the oven, place the fish in the middle, push it gently so it can be half covered by the rest of the ingredients,  pour over the remaining olive oil and bake for  40 minutes more. If fish and potatoes have already obtained a golden brown color, cover with a sheet of foil. The dish is ready when potatoes and fish are well cooked