It may be autumn already but cooking summer vegetables is still going on. Basically most of them are at their best now in September having received the warmth of the last days of August. Zucchinis are still tender and sweet. We’ve sliced some and we’ve baked them with some special Greek cheeses. A perfect early autumn dish! 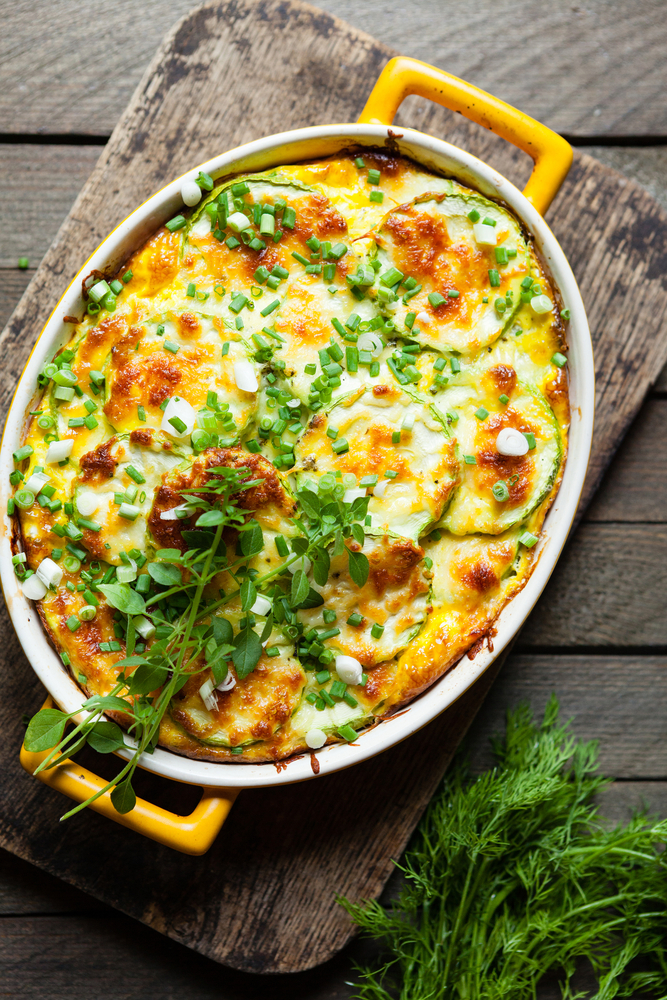 In a large skillet heat the olive oil over medium heat.

Add onion and garlic and sauté for 5 minutes until the onion begins to soften.

Add zucchinis to the skillet. Season but be cautious of the salt if the cheeses are too salty. Cook until the zucchinis are slightly tender.

In a bowl add the yoghurt, and the cheeses, minus 2-3 Tsp. graviera and stir

Pour the mixture over the zucchinis and sprinkle with the remaining Graviera cheese.