Those of you, who have travelled to Greece, will have undoubtedly tried some souvlaki. It’s our favourite street food, “souvlaki spots” are everywhere and you can see a lot of us Greeks indulging in a luscious souvlaki any time of the day! 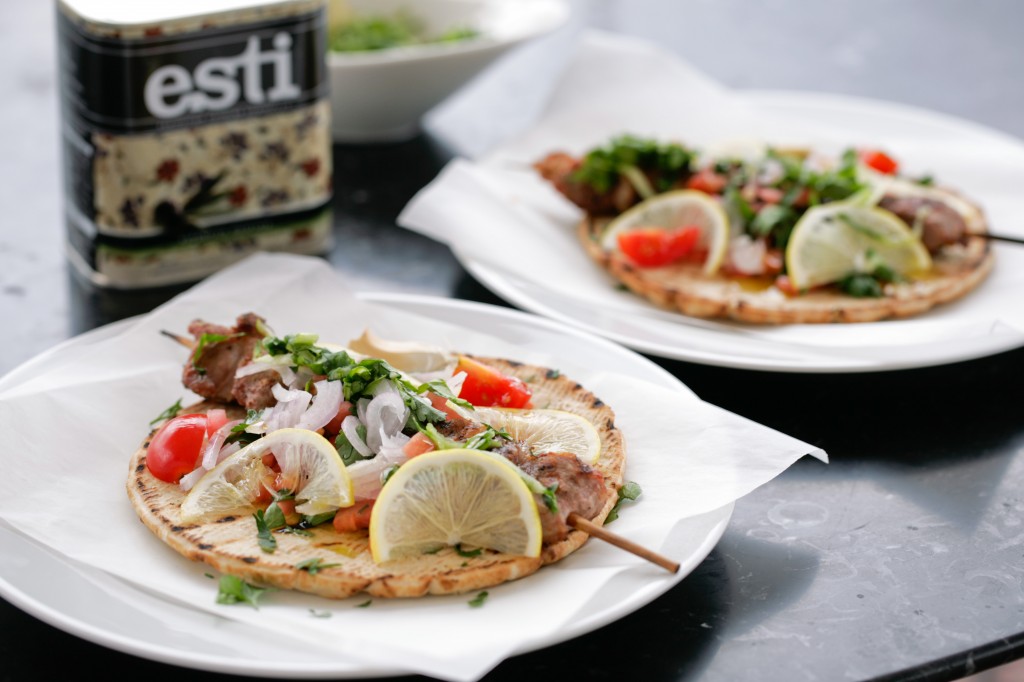 Souvlaki is a set of chunks of pork meat grilled on a skewer. Sometimes it is served as it is, with a slice of bread, but it’s most popular as served in a pita.  When you go for a souvlaki-pita it means that you’re going to get a souvlaki, accompanied with slices of tomato, onion, french fries and tzatziki, all (yes, all!) wrapped up in a Greek pita! As you can imagine, it is a hearty, satisfying meal, but it is not only the chunky meat that makes it delicious, it’s that yoghurt dip, which comes with the peculiar name, that makes a souvlaki-gyro so hard to resist to: the tzatziki!

Tzatiki is our famous creamy, cool yoghurt dip, which –as it must be said- is not exclusively used in the souvlaki-gyros. Most –if not all- taverns serve it as a starter and yes, we Greeks have a certain weakness for creamy dips! Tzatziki is easy to make, yet it needs a few tricks in order to reach perfection.

Let’s go and make some:

a pinch of salt 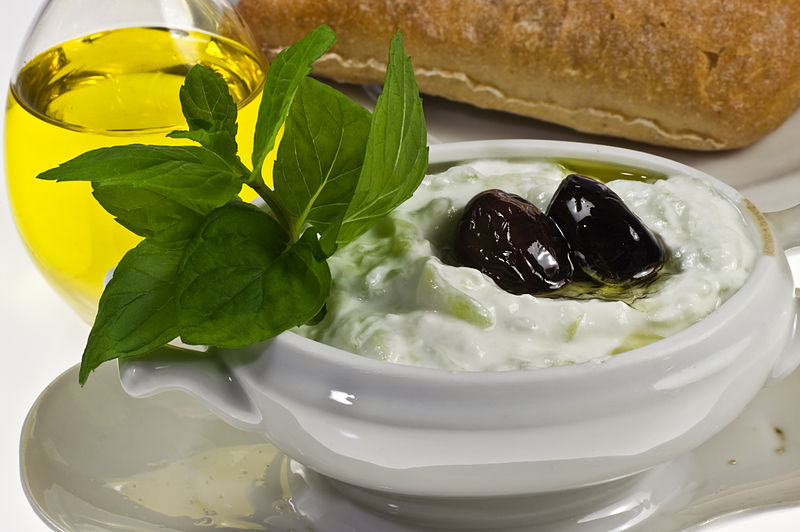 Peel the cucumber, grate it, and leave it in a colander with some salt for about half an hour. Press it with your hands in order to reduce the amount of water- the less water the cucumber has, the better the tzatziki- that’s one of the tips!

In a bowl whisk the yoghurt (Attention! Only, full-fat strained yoghurt should be used for a tzatziki- aka the second tip!). Add olive oil, vinegar, cucumber, garlic, and dill. Season with pepper and salt (better give it a taste first before adding more salt) and let it chill for at least two hours before serving.

When served garnish with a few kalamata olives.

If you want to make some souvlaki-pitas at home, here’s what you’re going to do:

Get some boneless pork meat, cut it into small to medium chunks, put the chunks on skewers and grill them.

Make some tzatziki as given in the recipe above. Fry some French fries. Cut into slices 2 tomatoes and an onion.

When all the above ingredients are ready, get some Greek pitas, oil them slightly and grill them on both sides for a couple of minutes. Get one pita, release the meat from one skewer, put the chunks of meat in the middle of the pita, add a bit of every ingredient, season with salt and pepper, and….wrap! Wrap as tight as you can! And enjoy!